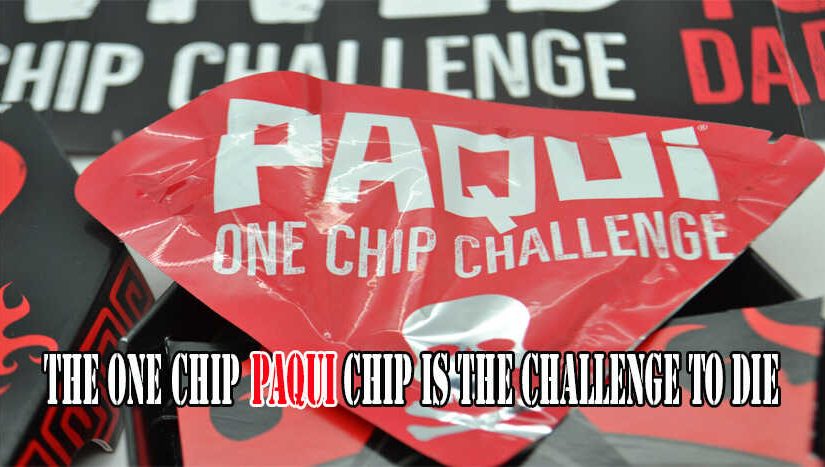 In the past year, the world of youtube from food vloggers is being enlivened by the arrival of the paqui one chip challenge. The pronunciation for this Paqui is Pah-kee. Chips that are said to make our mouths feel a burning sensation that is very excruciating with just 1 piece of this paqui chip. This paqui chip originating from America markets a combination wrapped crispy product using the Carolina Reaper Pepper. Hailing from South Carolina, the peacock and wrinkled chili has been certified as the world’s hottest chili by the Guinness World Reords since August 7, 2013.It is recorded by the Guinness World Record as having a heat rate of 1,569,300 Scoville Heat Units (SHU), according to tests that conducted by Winthrop University in South Carolina. The SHU itself is a scale to measure the concentration of capsaicin in chilies which triggers the spicy taste we feel.

As a comparison, if we eat green chilies that we usually eat with fried brothers and sisters, it is recorded to have a scale of 30,000 to 50,000 SHU. Imagine the difference in SHU if we look at the recorded SHU results. Maybe our tongue immediately went numb?

In Indonesia itself, a tragic incident has been recorded involving this curly red chili. A young man from Batam named Weky Chandra, 27 years old, is said to have died after eating the hottest chili in the world. The action was recorded and the video and circulated on a number of social media with a duration of 2 minutes and 50 seconds while eating the chilies in an unknown restaurant.

This paqui one chip challenge has been busy being tested by Indonesian vloggers, one of which is the YouTube channel Jessica Jane, who uploaded her 10 minute 29 second video showing that she is following the busy paqui one chip challenge. At the beginning of the video, a brief snippet shows that at the end of the paqui one chip challenge, youtuber Jessica Jane was taken to the hospital because she experienced unbearable stomach pain that she could not stand and walk properly due to the impact of the paqui chips that were eaten. Before being taken to the hospital, Jessica had tried several ways to relieve the burning sensation she felt caused by the paqui chips. Drinking warm water, warm white milk, and eating Chinese sweets that taste sour before finally the hotness that is felt slowly disappears.

According to a search engine, the paqui chips cost around US $ 4.9 in America, or around Rp. 65,000 if converted to rupiah. But for the price sold in Indonesia, it is around Rp. 250,000 to Rp. 600,000 for 1 chip. The price is quite expensive for a chip, but quite stressful to eat and also might make us go straight to the hospital after eating the chips. We are considered to be able to conquer the intense burning sensation that results from these chips, and also we feel a loss of the ability to speak after eating them, visual disturbances due to the tears that come out, the desire to speak harsh words after eating them, and even death.
So, dare to try eating this paqui one chip challenge? I SURVIVED THE PAQUI ONE CHIP CHALLENGE. DO YOU DARE ??